The Palace of the Parliament in Bucharest is the second largest administrative building in the world. Only the Pentagon in the United States is larger. It is so heavy that it is sinking about 6mm each year. The building is an extravagant, nay opulent, example of Romanian craftmanship, as its interior is entirely built and furnished with ornate, carved marble columns, many crystal chandeliers, tiled floors and hand-woven rugs, draperies and tapestries.

Construction began in 1984 as part of Ceaucescu's grandiose plan to rebuild Bucharest following a 1977 earthquake which destroyed much of the city. With eight underground levels containing bunkers, the building is also a monument to Ceaucescu's ego and paranoia. Some of the building was finished following the revolution which overthrew him in 1989, and today the Parliament occupies about 30% of it, while most of the 1,100 rooms remain unfinished. 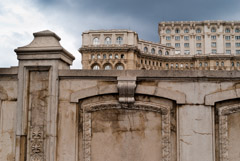 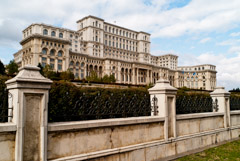 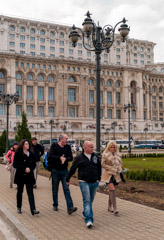 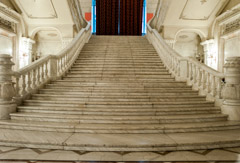 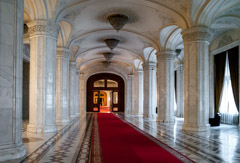 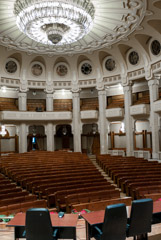 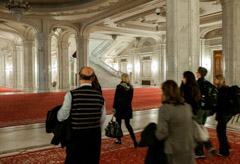 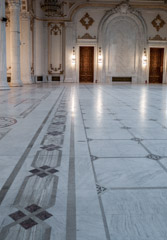 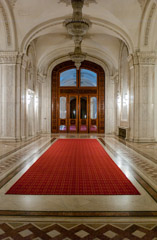 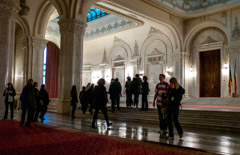 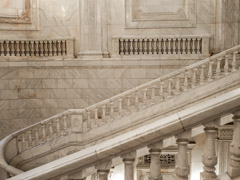 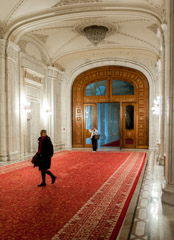 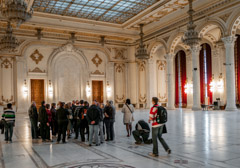 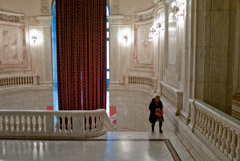