The northeast of Romania was part of the principality of Moldavia which existed from the 14th century until 1859. The remainder of the principality's lands are now divided between Ukraine and the Republic of Moldova. Modavia's zenith was reached under Stephen the Great who reigned 1457-1504. Stephen fought many battles against Poland and the Ottoman Empire, winning all but two of them. He was a devout Romanian Orthodox Christian, and he built many monasteries and churches after victories.

Later rulers continued building until about 1583. Most importantly, Stephen's illegitimate son Petru Rares began to also have the monastery churches decorated with frescoes depicting saints, prophets and the life of Jesus. In addition to establishing his devoutness, the paintings successfully illustrated Biblical stories and personages for the illiterate commoners. Many of the exterior paintings have since been severely degraded by weathering. Seven of the churches were designated as UNESCO World Heritage Sites in 1993, and Sucevita was added in 2010. 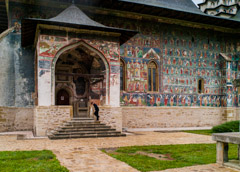 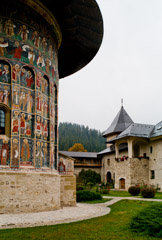 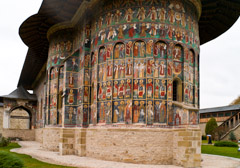 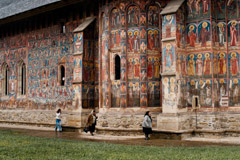 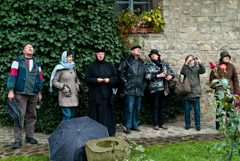 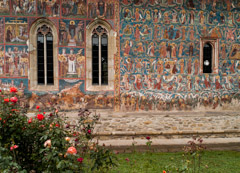 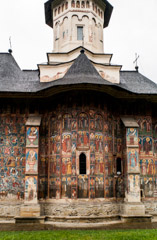 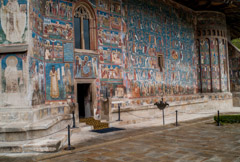 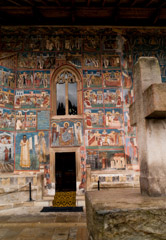 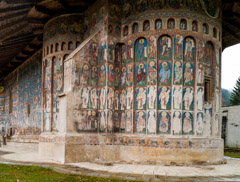 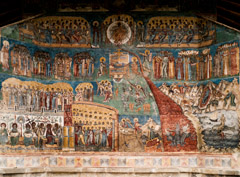 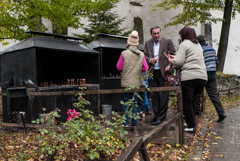 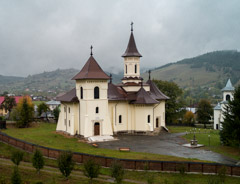